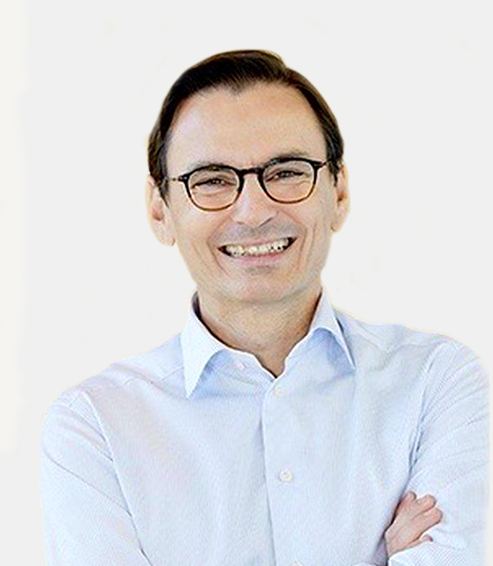 Fabrice Chouraqui joined Flagship Pioneering in 2020, where he serves as both CEO-Partner of Flagship Pioneering and Chief Executive Officer of Cellarity. Fabrice is an experienced global pharmaceutical executive with a passion for driving the progress of medical sciences and bringing innovation to patients. He has deep experience across the business spectrum, from R&D to commercial leadership, business development and investor communications. Fabrice has led the launch of breakthrough treatments in a number of areas, including oncology, immunology, neuroscience and cardiovascular.

In his most recent role, Fabrice was President of the U.S. pharmaceuticals business for Novartis, where he was credited with transforming the organization to adapt to a new market environment and turning around its performance. He notably achieved strong market position for Cosentyx and Entresto, initiated the landmark PIONEER trial in Heart Failure, and championed a number of Business Development initiatives. In this role, Fabrice oversaw all business areas, including U.S. Clinical Development and Medical Affairs and was a member of the Novartis Pharmaceutical Executive Committee. He also represented Novartis on the board of BIO.

During his 10 years at Novartis, Fabrice held several senior leadership positions across multiple countries and therapeutic areas, including serving as Global Business Franchise head where he drove the success of Gilenya and led the rejuvenation of Novartis neuroscience pipeline. Prior to Novartis, Fabrice worked at Bristol-Myers Squibb in a number of senior international roles, including as Vice President, Commercial Operations, Asia-Pacific and General Manager, South East Asia. He began his career in R&D at Roussel Uclaf and Hoechst Marion Roussel, pharma companies that were predecessors to today’s Sanofi.

Fabrice earned his MBA from INSEAD and a Doctorate in Pharmacy (PharmD), a Post-Graduate Degree in Quality Management and a M.Sc. in Biological and Medicinal Sciences from University of Paris.